Servicing the factory of the future raises challenges for the service teams and organizations. The industrial plant environment is changing rapidly due to the impact of the market and new autonomously operating information technologies such as on site information and communication services, an Internet of Things (IoT), smart sensors and intelligent automation devices as well as progress in conventional machines and technologies. In this work we explore, how Augmented Reality (AR) interfaces can help to analyze data gathered from sensors networks on-site.

While there has been a lot of research into sensor networks as well as AR as separate technologies, combining the two of them is still a relatively new form of interaction. Despite that, AR may be uniquely suited to explore data from a sensor network since it excels in communicating spatial information. This could help a user make sense of sensor data in a wide area more easily. Instead of looking at a spreadsheet-like list of sensor values, a user should be able to use a mobile computer device as a magic lens through which he looks at an augmented version of reality, where the location and values of sensor nodes are superimposed on an image of what he would see when looking right through the mobile device. 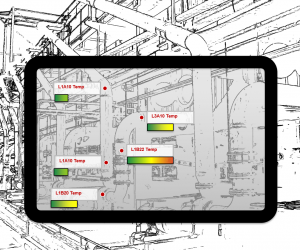 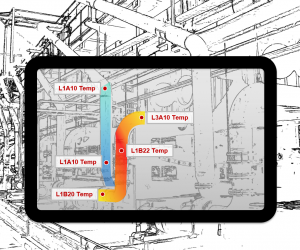 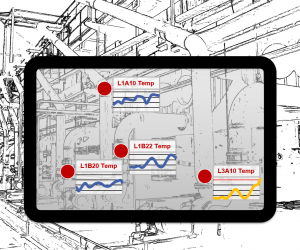 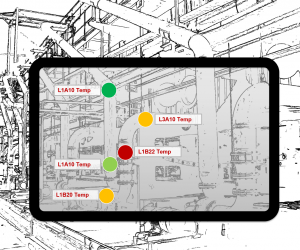